Butter and oil in your morning coffee? 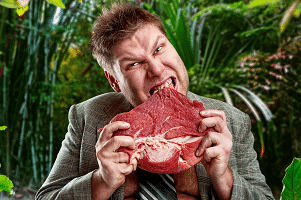 This week we’re going to explore the Keto diet because it is still trending as one of the most popular diets for 2020, yet not many people know that it is one of the most dangerous to your health. Its popularity is boosted by the fact that many people do initially lose weight on this diet. Unfortunately, this weight loss comes at a serious cost. Before you make a deal with the Keto devil, consider the facts and look elsewhere.

Ketosis is how the body adapts to periods of prolonged fasting. Under normal conditions, the carbohydrates we eat in our diet are broken down into a fuel called glucose, otherwise known as blood sugar. Every single cell in our bodies can use glucose as fuel, and it is the dominant energy source for the body. The brain in particular requires huge amounts of glucose, accounting for up to half of all of the blood sugar used by the body. Our livers can store about a day’s worth of glucose in a storage form called glycogen.

When food is not available, the body enters a fasting state. In order to keep your blood sugars from dropping too low, your body first starts converting the glycogen from the liver back into glucose. After about a day, the glycogen stores are depleted and your body next starts to break down muscle tissue to produce glucose from it. This self-cannibalization of consuming your own muscles to feed your brain is obviously not a good long-term plan, so if the fasting state continues for more than a few days, your body changes its strategy and starts using its fat stores as energy.

Most cells of the body can run on fat, but not your brain. Therefore, some of the broken down fat is converted into other fuels called ketones which can be used by the brain. Even during ketosis, though, your body still needs to keep your blood sugars from dropping too low. This is because red blood cells cannot use ketones and rely exclusively on glucose, and even in ketosis the brain actually uses a combination of both ketones and glucose. To make this glucose, your body continues to break down muscle tissue, but at a slower rate.

On the Keto plan, followers severely restrict their intake of carbohydrates which causes their blood sugars to fall, thus artificially forcing the body into ketosis. Although ketosis is a natural and generally safe adaptation of the body, this condition is intended to operate in a state of fasting. In contrast, dieters on the Keto plan load up on fatty foods including butter, heavy cream, oil, full-fat yogurt, meat, and seafood. Small amounts of non-starchy vegetables may be allowed as well.

As mentioned, people often experience rapid weight loss early on the Keto plan. While this tends to get people excited when stepping on the bathroom scale, studies that have analyzed this early weight loss more closely have shown that all is not as it seems. Several studies have shown that much of the early weight loss is, in fact, loss of body water.1,2 Since glycogen naturally binds lots of water, this water weight is lost when glycogen stores are used up. Another study compared the total amount of body fat loss when people were placed on a Keto diet vs. a low fat diet. Although both groups consumed the same number of calories, the study showed that there was about 80% more body fat loss in the low fat diet group.3

Because the Keto diet places a strong emphasis on consuming animal products and concentrated sources of fat, while restricting the intake of fruits, vegetables, beans, and whole grains, severe deficiencies of vitamins, minerals, fiber, and protective phytochemicals can occur. In addition, this diet causes a negative shift in the composition of the microbiome, the population of bacteria and other microbes that live in the gut and influence many disease states. The lack of fiber starves the good bacteria, while the high fat and animal protein feed the bad bacteria.

Furthermore, the state of ketosis causes the blood to become slightly acidic, as ketones are acids. Under the natural fasting state this mild acidosis is of no real consequence, but in the unnatural state of eating while in ketosis, this acidosis becomes much more pronounced. This increased acid load stresses the kidneys and can cause irreversible kidney damage.1 The way the body buffers this acid load is by leaching minerals from the bones, accelerating osteoporosis.1

The most concerning dangers of the Keto diet, though, is the increased risks of dying from heart disease, stroke, cancer, and all-cause mortality. A 2018 study published by the European Society of Cardiology examined the diets of almost 25,000 people and found that “compared to participants with the highest carbohydrate consumption, those with the lowest intake had a 32% higher risk of all-cause death over an average 6.4-year follow-up. In addition, risks of death from coronary heart disease, cerebrovascular disease, and cancer were increased by 51%, 50%, and 35%, respectively.”4 Another 2018 study published in The Lancet by the National Institutes of Health followed over 15,000 people over 25 years and found that those who followed a low-carb diet had shorter lifespans by an average of 4 years.5

Another concerning trend is that many people adopt the Keto diet in an effort to help control Type 2 diabetes. Because the diet limits sugar and carbohydrates, blood sugars of diabetics tend to normalize while on the plan. While some Keto proponents may claim that diabetes is therefore reversed, this illustrates the simple mistake of confusing a symptom for the underlying disease.

High blood sugars is only a symptom of diabetes. The actual disease is defined as an impairment in the body’s ability to produce or respond to insulin, or carbohydrate intolerance, and this does not improve on the Keto diet. In fact, carbohydrate intolerance can get worse, not better. I have already discussed in a previous blog post here that insulin resistance is caused by the accumulation of fat deposits inside cells, specifically muscle and liver cells. During ketosis, these tissues take up more fat than usual, which can actually worsen insulin resistance. Furthermore, fat uptake and accumulation in the pancreas has a toxic effect on the insulin-producing beta cells, causing them to die off permanently.6 Finally, even if blood sugars do remain in the normal range on the Keto diet, diabetes complications may still not be prevented. This is because many of the complications of diabetes are not caused by the high blood sugar itself, rather they are the result of damage caused by toxic molecules called advanced glycation end products (AGEs). These AGEs are formed when glucose chemically reacts with other tissues, such as blood vessels and nerve cells. As it turns out, ketones have been shown to create AGEs just like glucose, and people on the Keto diet can have levels just as high as those with out-of-control diabetes.7

While the diet industry has profited greatly from demonizing carbohydrates, it’s crucial to remember that when it comes to carbs, packaging matters. For example, an orange may contain about 2 teaspoons of sugar, but that sugar comes naturally packaged with vitamins, minerals, antioxidants, fiber, water, and other phytonutrients. That whole packaged fruit promotes health and prevents disease. When the sugar alone is extracted from the orange and consumed without any of its protective nutrients, that sugar can have detrimental effects on the body.

The Keto diet is a dangerous attempt to hijack a normal biological adaptation in an abnormal way in an effort to get thin quick, but it produces unintended and unwanted consequences. On the other hand, with a whole food, plant-based diet you can achieve your weight loss and disease reversal goals in a sustainable way. And the most important side effect? The enjoyment you get from eating those delicious carbohydrate-rich foods!