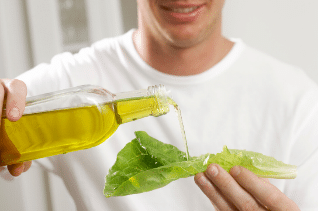 The Mediterranean diet is based on the lifestyle of the people who lived around the Mediterranean Sea in the 1950s and 1960s. During this time, this population ate mostly fruits, vegetables, legumes, fish, whole grains, seeds, nuts, and olive oil. They also walked, on average, an estimated 9 miles per day and worked hard in their fields. As a result, they lived longer lives. According to the Mayo Clinic, being physically active and enjoying meals with family and friends were important aspects of the Mediterranean diet.

There is not a set diet plan with the Mediterranean diet; however, these are the main components:

The good news is vegetables, fruits, nuts, seeds, legumes, whole grains, herbs and spices all have been shown in countless medical studies to promote longevity and prevent many chronic diseases. Followers of the Mediterranean diet often do start to feel better and lose some weight initially because they have increased consumption of these items and removed most of the sugar and processed food they previously ate. There are, however, some aspects of the Mediterranean diet that can negate some of the benefits and compromise overall health.

Isn’t fish good for you?

Fish has been touted as a healthier alternative to meat or poultry because fish has lower amounts of saturated fat and cholesterol, and some varieties contain high levels of some essential nutrients like omega-3 fatty acids. However, this does not necessarily mean that fish is a safe food to eat. Our oceans today are not nearly as clean as they once were. Today most fish test positive for dangerously high levels of industrial pollutants including mercury, polychlorinated biphenyls (PCBs), dioxins, microplastics, and pesticide residues. These toxins have been linked to neurological problems, diabetes, arrhythmias, cancers, and other medical problems. This is why pregnant women are cautioned to limit their fish consumption. A much safer way to obtain omega-3 fatty acids is to add certain plant foods such as flaxseeds, walnuts, and soybeans to your diet. In addition, it is interesting to note that the omega-3s found in fish (DHA and EPA) are actually produced by algae (plants) in the ocean, not fish. The fish eat the algae and obtain the omega-3s that way. If you need to supplement with DHA or EPA, you could easily just cut out the middle-fish and take an omega-3 algae oil supplement that is toxin-free.

What about the benefits of olive oil?

Because of the popularity of the Mediterranean diet, there has been lots of hype about the supposed health benefits of olive oil. But the hard truth is that oil is the most caloric food on the planet. Even extra virgin olive oil consists of 100% empty fat calories, devoid of any significant amounts of other nutrients. Because of this, adding oil to any food or meal will dramatically increase its calorie content. This can slow down weight loss and may prevent the reversal of diabetes or heart disease.

Research has also shown in both humans and other primates that diets high in fat promote atherosclerosis, the buildup of plaque in the arteries. By contrast, studies such as the Stanford Coronary Risk Intervention Project have demonstrated that diets very low in total fat and cholesterol can not only prevent atherosclerosis but actually shrink plaque and reverse atherosclerosis. While olive oil may be less dangerous than saturated fats and trans fats, it still may prevent the declogging of plaque-laden arteries.

Consuming a diet primarily consisting of fruits, vegetables, legumes, seeds, nuts, and whole grains, combined with daily exercise were no doubt important factors that gave those living in the Mediterranean region in the 1950s a longer, healthier life. Although these people also consumed fish from cleaner waters, olive oil, wine, and limited other animal products, these constituted only a small fraction of their overall diet. We should not make the mistake of focusing on the least healthy components of their diet to emulate. It is important to understand that this population lived longer not because of the olive oil, but in spite of it.